Poppy Playtime Chapter 2 is a horror action adventure that explores the ruins of a toy factory using a backpack with a magic hand “GrabPack”. As Chapter 2 says, it is a direct sequel to “Poppy Playtime Chapter 1”, and it starts right after Chapter 1 chronologically. Of course, the main character is also the same person as 1. But the cleaner is renewed! The main character who defeated the giant blue doll HuggyWuggy in Chapter 1 is confronted this time by Mommy Long Legs, a pink doll with stretchable limbs. You can taste the horror and puzzles that exceed the previous work!

Explore with Magic Hands! Solve the mystery and move on

Use GrabPack to shoot the hand at the place you want to check and check the behavior. The purpose of the player (the main character) is to explore the factory ruins, find out the truth behind the disappearance of an employee, and escape. However, the inside of the factory is separated by puzzle-like gimmicks, and you cannot proceed unless you solve the mystery. The weapon for solving the gimmick is a backpack with a magic hand “GrabPack”.

By tapping the bill mark button, each can be fired. When the released magic hand touches a controllable object, it will be fixed. The main character can move even after being fixed, but it can only move up to the distance of the wire of the magic hand. However, if the object is light like cardboard or a stepladder, you can move it while pulling it.

Playing the previous work is almost essential! Stage 2, rather than a chapter

This is because, in general, sequels have the same story, worldview, and main character, but the previous work is complete as a work. In other words, the predecessor and the sequel are separate works. However, this work is in the form of dividing the first and second episodes in one title. So, playing from 2 is like watching a serial drama from the middle. I have no idea why the main character is here, what’s going on, or why he has a “GrabPack”.

So, if you want to play, I strongly recommend starting with Poppy Playtime Chapter 1. Even those who have experienced the previous work should play from the previous work if they have forgotten most of the story. By the way, the previous smartphone version can be played for about half the price of this work. Combined with this work, the price will be about 1000 yen.

The horror and puzzles that surpass the previous work

The contents drawn in the first work are not explained. If you forget, I recommend replaying. This work is intended for humans who have completely cleared Chapter 1. For this reason, even if you start with this work, you don’t know what it is. However, on the other hand, there is an advantage that those who have experienced the previous work do not have to do the same thing.

This work is difficult to solve the mystery suddenly after the start of play! That should be it. This work is for humans who have completed Chapter 1. In other words, this work is in the form of increasing difficulty immediately after Chapter 1. For this reason, if you forget what Chapter 1 is about, you may feel that it is too difficult! However, if we put out the same level of mystery as the beginning of Chapter 1, people who remember Chapter 1 will think, “It’s too easy…” and “It’s just repeating the same thing.”

Based on these things, I felt that this difficulty setting was appropriate. If you remember Chapter 1 and play, you should feel that the difficulty is appropriate and chewy!

The creature that appeared in the previous work, HuggyWuggy, had a relatively straightforward fear. Killed by a huge and violent entity! direct fear. On the other hand, the Mommy Long Legs in this work have the impression that it is not only scary but also gross. After all, the arms and legs are stretched and they move round and round. Yeah, it’s gross. Furthermore, the fact that they are not killed when they meet for the first time also leads to a strange disgust. Look, of course it’s scary to be attacked by someone who says, “I’ll kill you!”

In addition, the production that the main character loses the left hand of “GrabPack” at the beginning also brings a new sense of fear to this work. I feel uneasy because the gimmick, which can be said to be the only weapon in this work, will be incomplete. I think it’s excellent that this work is never a mere repetition of the previous work even in terms of horror due to such ingenuity. 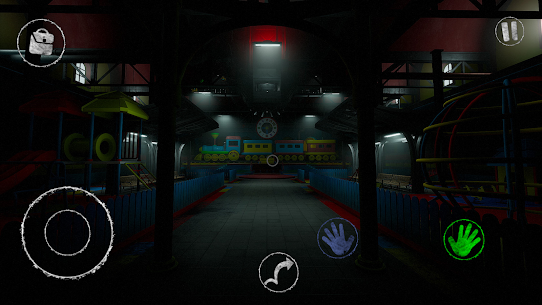 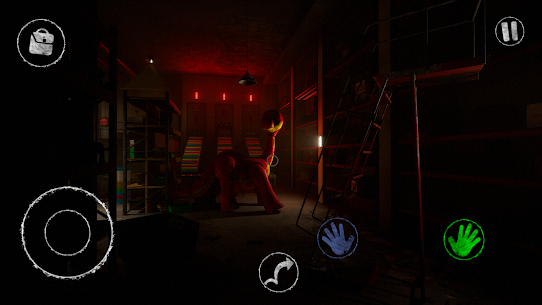 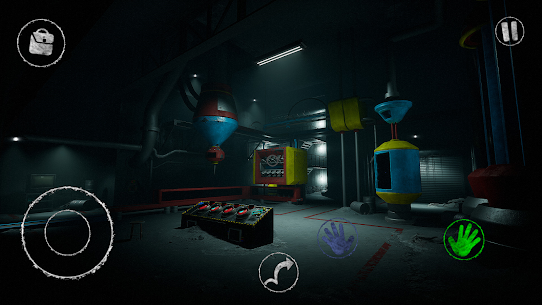