PAKO Forever requires the player to control an ordinary vehicle that is targeted by police cars. The goal of each level is to achieve the longest survival time and not let others attack the car. At the same time, the game will give you many different vehicles that can be unlocked depending on the results you achieve and the unexpected help.

TRY TO AVOID BEING CAUGHT BY THE POLICE

In PAKO Forever, the player will control a vehicle that is targeted by the police cars trying to target. The goal of these police cars is to try to capture yours, and of course, they will appear more and more and try to make your vehicle lose its balance. At the same time, although the number of opponents is more than you, you also have the support elements and skills to defeat them to survive for the longest time.

Players will observe the game from a top-down perspective, where you will easily see your vehicle and its surroundings. It is necessary to move and dodge the elements of the environment inside easily. At the same time, you will also see opponents constantly trying to arrest you for stopping your level, and of course, they are not linked, so they can still make mistakes that you can use.

SURVIVE FOR A LONG TIME AND UNLOCK THE CAR YOU WANT

One point worth noting when you experience PAKO Forever is that you will need to try to survive as long as possible. The environment in the game does not have any limits for you so you can move freely within that environment. At the same time, you also need to be careful to avoid the police cars because they do not hesitate to hit you, and of course, their number is unpredictable. There are many factors that you can take advantage of against your opponents.

When you drive inside the level, you try to avoid areas with many items such as power poles, cars, and many other elements because they can make you explode at any moment. At the same time, the police cars will try to attack you continuously, and they are not linked together, so they can easily crash into each other, and you can quickly dodge and continue the level. In addition, you will see the time clock continuously running until a good result is reached.

Each level has an achievement returned, and much of it focuses on how long the player can survive. At the same time, during the game, you can also know the number of cars that you can unlock, and the unlocking method will depend on your performance in the game. When you achieve a new achievement for yourself, you will undoubtedly be able to find a new car. They have different designs to help you change the experience even though they can still hurt the same.

When you move into the environment of PAKO Forever, there will be many opponents surrounding you, and the situation will be difficult. The game will give you many items so you can defeat these opponents to stay alive inside the level. At the same time, these helping features are often shipped as gifts of outstanding size and are constantly moving towards you. So, this is a feature that you cannot ignore.

There are many features that these gifts bring to you, and their effects are also different. You can transform into a large vehicle and freely move inside the game screen to destroy opponents who approach you, but this power is limited. At the same time, some adverse effects can appear and make it difficult for the opponent, such as oil path, frozen ground, UFO attack, and many other interesting effects. Therefore, players will undoubtedly be able to experience the fun that the game brings.

Players will not be able to take their eyes off the chase screens of different cars: 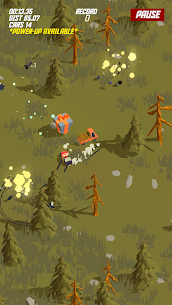 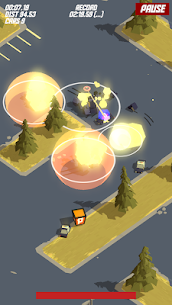 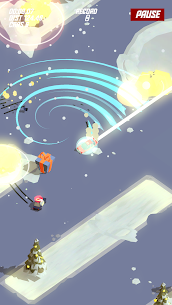 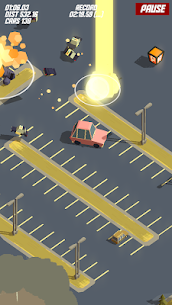 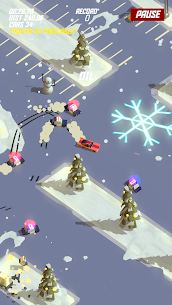 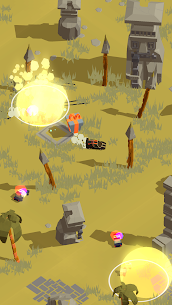 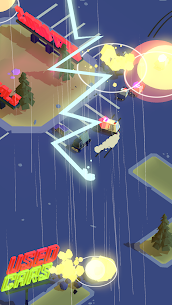 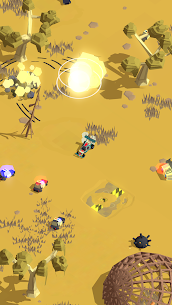 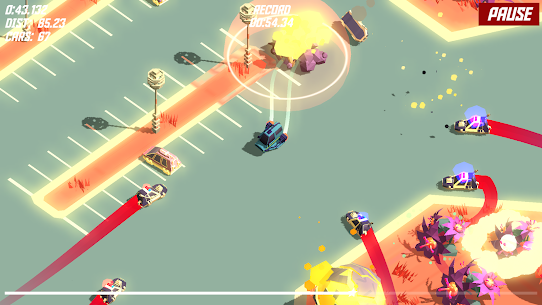 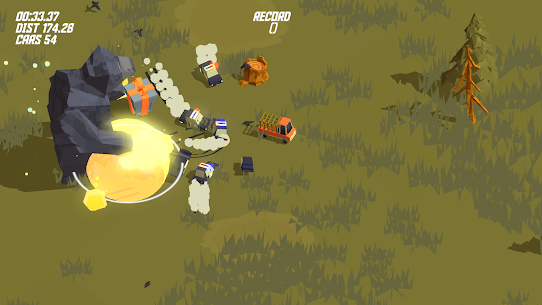