LabBuster is a game that can give its players something fun that no other game can do. If you are a person who does not have a passion for shooting games on the battlefield with a lot of truth, this will be an option for you to choose. The game is developed in the direction of shooting action; the extremely fun and cute lab inspires the characters and the background. BE THE HERO TO SAVE THE WORLD

Coming to LabBuster, you will transform into a strong warrior of the global security force, and your daily job is to prevent possible dangers to humanity. A shocking incident has just happened in a laboratory due to the escape of some strange monsters. They began to swarm this place and attack the experimenters until there were no survivors.

If this is not stopped, perhaps they will begin to invade the entire earth and kill all humans in a short time. As a guardian of the safety of the whole world, this task will inevitably be yours to take on. Now you will have to equip yourself with weapons to rush into fierce battles and overcome the complex challenges ahead.

The monsters in other games, you know, are pretty scary and ferocious, but with LabBuster, they look surprisingly cute. However, don’t let the cuteness distract you because the goal is still to destroy them all. You will have a variety of weapons to choose from, such as laser guns or ball guns, and they will possess a different power. If you want to deal more damage to monsters, you can use the money to upgrade your weapons.

Monsters will appear from many sides and continuously attack by shooting bullets at you, but by all means, cleverly dodge to avoid bullets. If a bullet hits you, you will lose health until the health bar is exhausted, you will die. To be able to pass quickly, it is best to observe the direction of the bullets and then move as far as possible.

– A game built in a very high-intensity action style that brings great attraction.
– Participate in a shooting game that is structured in a highly realistic way with dramatic situations.
– The setting is inspired by the laboratory – where the monsters have escaped from the test tube.
– Lots of unique weapons were explicitly built to fight escaped monsters.
– Graphics are inspired by fiction laboratories combined with 3D capabilities to bring the highest appeal. 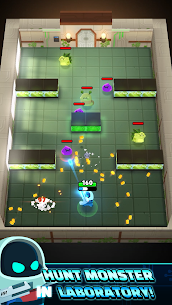 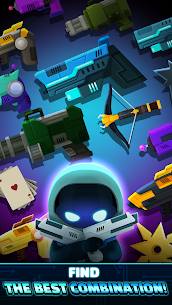 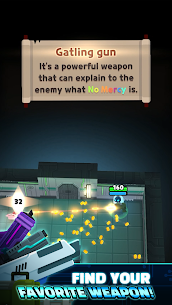 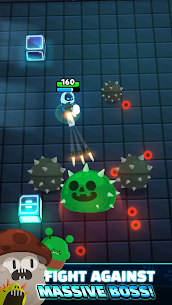 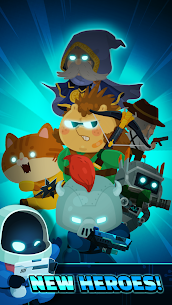 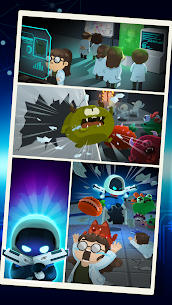 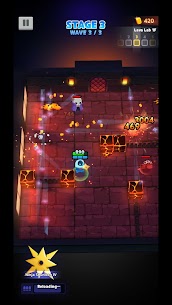 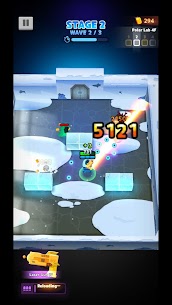 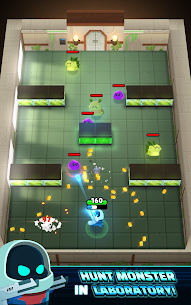 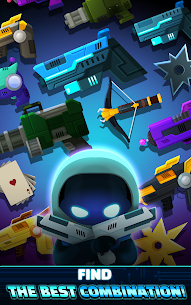