Hunter Assassin is a game where the player plays the role of an assassin whose mission is to kill enemies in a designated area. You will easily recognize the characteristics of the character you are controlling and the enemies you will face. At the same time, players can find challenging levels with bonus rewards in particular stages. So the number of gems that you get will open up many new assassins.

TOGETHER WITH ASSASSINS TO DEFEAT THE ENEMY

In Hunter Assassin, players will be taken to an exciting role: to transform into an assassin whose task is to take down weapon-wielding enemies moving in a specific area. You need to pay attention to one point: this kill should only be made from the back because it is better than attacking from the front. At the same time, over time, the number of enemies you will face increases, and you will need to find a way to move skillfully.

The environment in which the player appears often has many areas to hide in, such as walls, crates, hidden corners, and many other elements. So you will easily hide from the sights of different enemies. The angle of view that you observe is top-down, so you will be able to see how the enemies appear and find another route to carry out your assassination. It brings a specific attraction to the players.

In Hunter Assassin, players will find other levels, and each has one goal: to defeat all the required targets. The needed number of targets is on the left side of the screen, and you will know the remaining targets that you need to kill quickly. At the same time, each enemy is equipped with a rifle and a flashlight to navigate in dark areas. The assassin’s ability is that he doesn’t need a flashlight and can take out his target quickly.

The targets you defeat will turn into gems right after, so you don’t have to worry too much about the gore scenes you have to face. At the same time, the area that the enemy’s flashlight can reach is limited compared to the perspective that the player owns. So, as long as the flashlight does not recognize you, you will not be attacked, and that is also why you should prioritize taking down enemies in front of the level. You can completely move quickly with ease in the environment.

What makes you stop at the level is that you are defeated after taking too much damage from the enemy. You will attack the enemy from the front, but it requires a quick attack, and you will also be injured soon after. At the same time, depending on the level of damage, the character’s color will gradually become red until defeated. In addition, the game gives you some bonus levels when all objectives are made of gems, and the number you can earn in this level will be much.

After completing a certain number of levels in Hunter Assassin, you also have many gems yourself. One point that you will find is the randomization mechanism when opening a new character and when you use gems, you only need to wait a few minutes until the randomization is successful. Right after that, you will use the new character you just unlocked in the following levels. The game also offers many requirements for you to complete, and it opens up the opportunity to earn more gems for you. 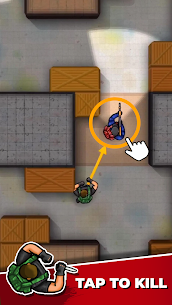 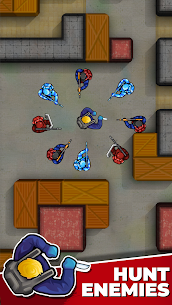 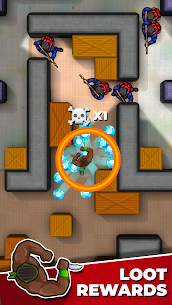 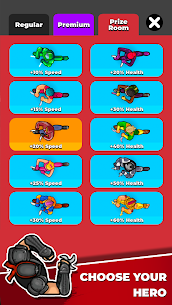 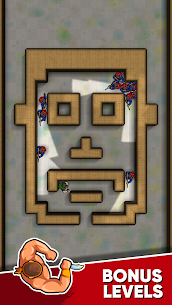 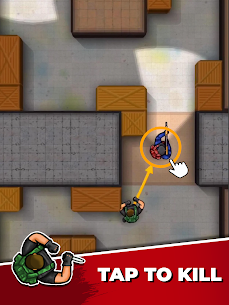 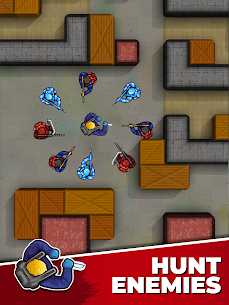 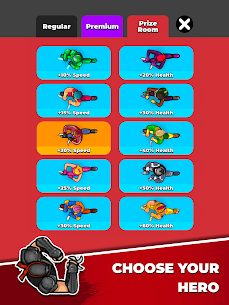 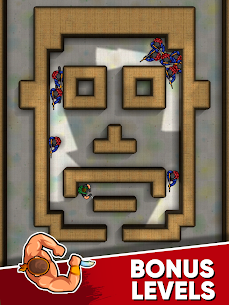