Guns Master is a shooting game that is very popular now. Picking up the gun, aiming at the target, and hitting the target like a professional sniper is the most attractive point of this game. Have you ever tried to focus and aim accurately? Shooting a gun in real life is an implausible story to do. With this game, players will become gunners and defeat all targets to become the number one gunner. Come on, what are you waiting for? Try it now!

STANDARD, CONCENTRATE AND MASTER THE BREATH

At the beginning, the player will transform into an apprentice gunner. You have to learn how to use guns, bullets, aim, and shoot. “Is it complicated??” – No, all operations are elementary, and you will be carefully guided by a master gunner established by the game. In this game, in order to become the best sniper, the player must aim properly, focus and master the breath. Because just aim wrongly, you will miss the target or not reach the maximum score. So, practice good hand and eye movements to aim properly! The higher the score, the more you show that you gradually become a shooting master!

The game is set up with a wonderful and detailed graphics system that creates a realistic feeling for the player. Every detail of the guns, bullets, or the scene layout of each shooting range is designed in detail and realistically, increasing the player’s excitement.

Besides, you will be able to use a variety of guns and ammunition. After winning each map, the system will give you bonus points corresponding to your level of hitting the target. Players will use those bonus points to exchange for guns and ammo in the game’s shop. The more guns and bullets are upgraded, the higher the bonus points when hitting them. Remember to buy more weapons for yourself!

Have you ever played a game that is so stimulating to your breath? Try this game now! Not only great graphics increase the feeling of real combat, the sound of the game also makes players excited. Background music creates suspense, after each hit the target, an explosion will sound, giving players a feeling of victory.

Do you like the feeling of hitting the target?! Quickly train your skills, destroy all the targets to become a shooting master in Guns Master! 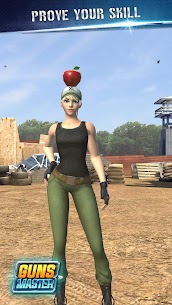 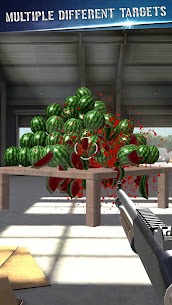 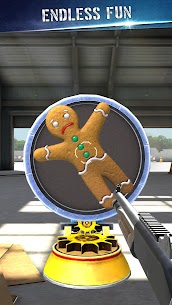 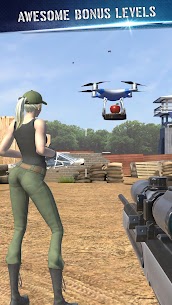 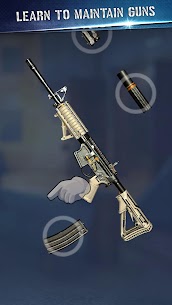 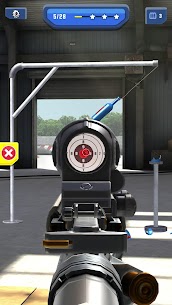 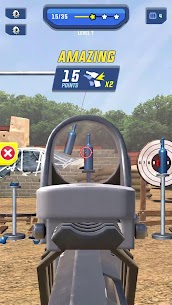 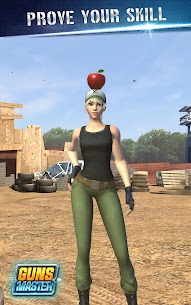 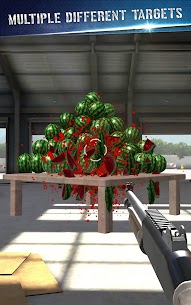 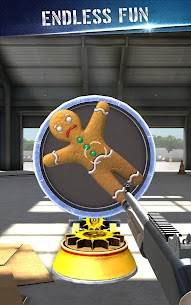