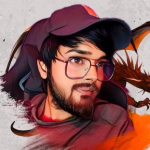 DMX Net Worth – DMX’s real name is Earl Simmons. He was an established American rapper, singer. Songwriter, actor and entrepreneur. His music genre included hip-hop, gangster rap, East coast and hardcore hip hop. He was the first musical artist to have his first five albums enter the billboard chart 200 as number one. DMX has worked in some films also and had produced nine studio albums.

DMX early life – DMX was born on 18th December 1970 in Mount Vernon, New York, united states. His father’s name is Joe Barker and his mother’s name is Arnett Simmons. Earl Simmons was his real name. he also had an elder sister Bonita and a younger sister Shayla. Earl’s father left the house when he was very young. He was raised by his abusive mother.

At a young age, he used to work as an artist at local fairs in order to earn some money. He grew up in Jehovah’s community. He was kicked out of high school in fifth grade, then he was sent it Julia Dyckman Adrus Children’s home. He did not have a happy and sound childhood. During his time on Yonkers Street, he got involved in drugs and alcohol. Initially, he started hip-hop for his street friends, he used to perform in front of them. Later he met his musical partner Ready Ron who was a local rapper.

DMX personal life – DMX married his childhood friend, Tashera Simmons in 1999. The couple was blessed with four children during their fifteen years of marriage. In 2014, Tashera filed for divorce. The divorce was finalized and the couple separated. Tashera clarified that the marriage ended on good terms.

Career and accomplishments of DMX – In his entire career, DMX has released nine studio albums and seven music compilation albums. His music career started at the early age of 14 years when he was in jail for carjacking. His first single was “Born loser”, which was released by Ruffhouse labels. In 1994, he released his second song “make a move” with the guest appearance of Jay Z. in that year, DMX was arrested for drug possession.

He released his third single “Get at Me Dog” after he signed with Def Jam in 1997. This song of DMX received huge appreciation and soon he was in the spotlight. The song also received an RIAA Certification of Gold. His debut album was “Its dark and hell is hot” in 1998.

The same year, his third album was released “And the there was X”. the most popular song on the album was Party up. Further, he got nominated for Grammy under the category “best Rap album”. His last album was “Exodus” which was released after his death in May 2021 by Def Jam.

He also made a cameo in various films like Belly, Top five, exit wounds, and last hour. He also worked in a reality show in 2006 called “DMX: Soul of a Man”. The reality show was based on his life at the studio and recording music.

what is the net worth of DMX?

In 2021, DMX’s net worth was estimated to be around 10 million USD. But his net worth fell off to a negative 1 million USD at the time of his death. He has faced multiple tax fraud charges, financial difficulties, bankruptcy, and other allegations. In 2017, he was under 2.4 million USD debt and went to jail for one year due to various tax allegations. He also filed for bankruptcy protection claiming that his assets are worth 50,000 USD and his liabilities are listed for 1-10 Million USD.

DMX left for his heavenly abode on 9th April 2021 in white plains hospital. The reason for his death is said to be a drug overdose. From a very early age of 14 years, he was addicted to cocaine. He also suffered from bipolar disorder and was in and out of a drug rehabilitation center. Due to a drug overdose, he lied unconscious and then suffered from cerebral hypoxia. At the time of his death, due to overdose, he suffered multiple organ damage and died at the age of 50 years. In an official statement, the cause of death was a cocaine-induced heart attack. This left the family and millions of fans in shock.