Cars Arena: Fast Race 3D is a new genre of the racing game; the player’s task is to drive his cars on an arena illustrated with 3D blocks and create holes that cause opponents to fall. You will be supported with in-game features in addition to your racing skills to win quickly easily.

MOVE THE CAR IN 3D ROOM

Your car will move across the arena, which is a white 3D plane made up of hexagons. You will see your car from the top view from the base. Players fight by freely moving and constantly surrounding opponents, but at the same time, you yourself must avoid holes in the plane. Otherwise, you will fall into the water and fail, at which time the player must catch start the game all over again. Every place your car passes will turn the white plane into the red. Within a specific time, these red planes will disappear. The planes will be reconstructed after a certain amount of time.

USE SKILLS TO KNOW A COMPETITOR

This is a game that is easy to access and participate in, but it requires players to have high skills if they want to win. Control your car by using your finger to move the car across the screen. The game is also equipped with jumping skills, which is very helpful for you if you are besieged in a narrow space because the opponents will also have the same skills as you, so be very careful. Besides, you may also become your own victim if you are not careful to go into the hole created by yourself. In addition, players are also provided with other features to support the match, such as using rockets, boxing gloves, …

Players must constantly move and create many holes to make the opponent fall into the water and win, and the game is full of challenge and suspense. Try to eliminate your opponents and become the ultimate winner in the game. Usually, a match will have four players, and everyone will gradually eliminate the opponent until the last person is left. Continuously attack to put the opponent into a passive position. Don’t stress but play hard in the arena, experience fun and exciting races with everyone. Come to Cars Arena and become a real car racer. 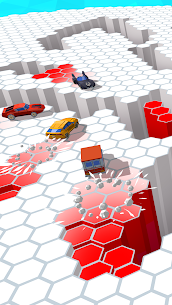 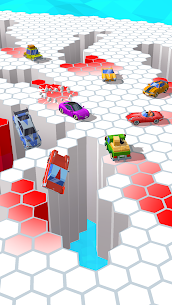 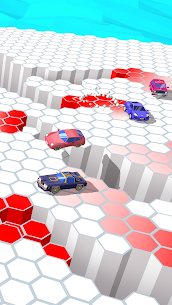 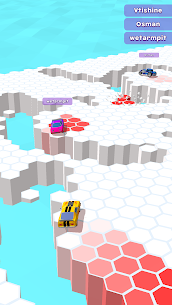 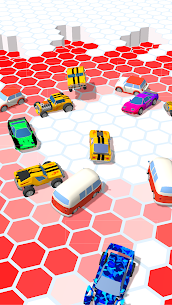 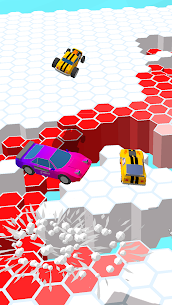 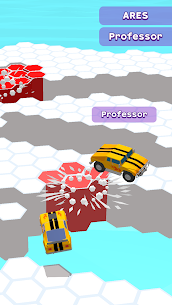 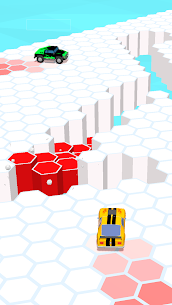 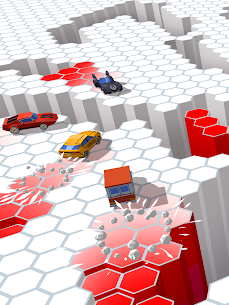 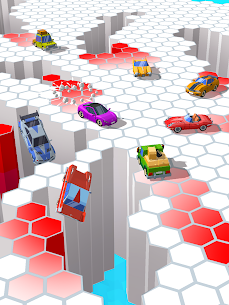