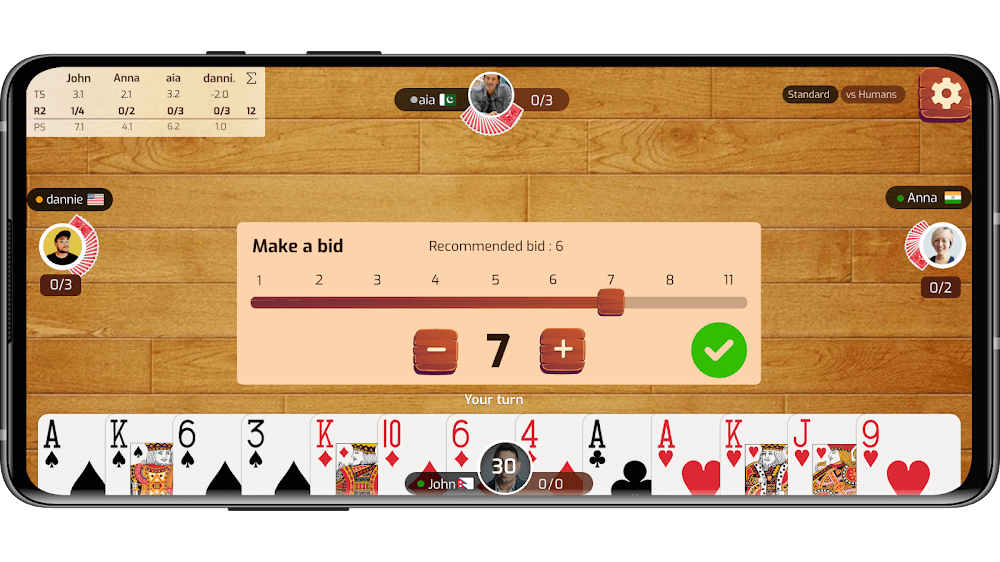 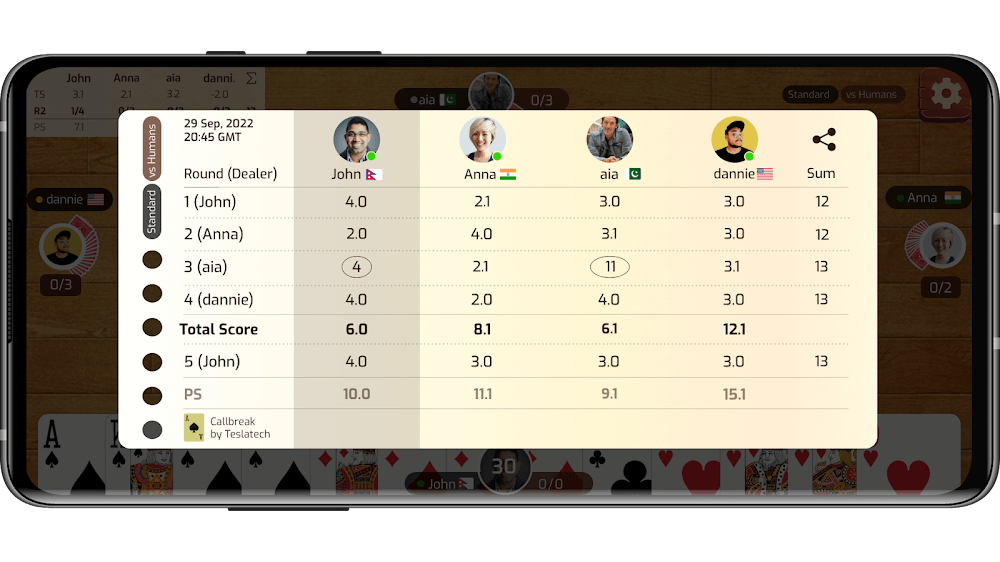 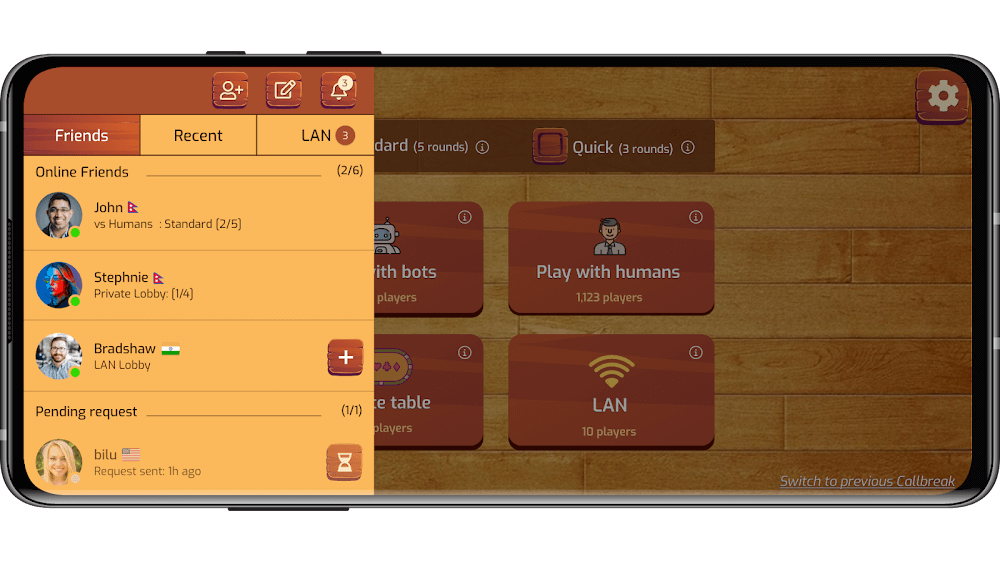 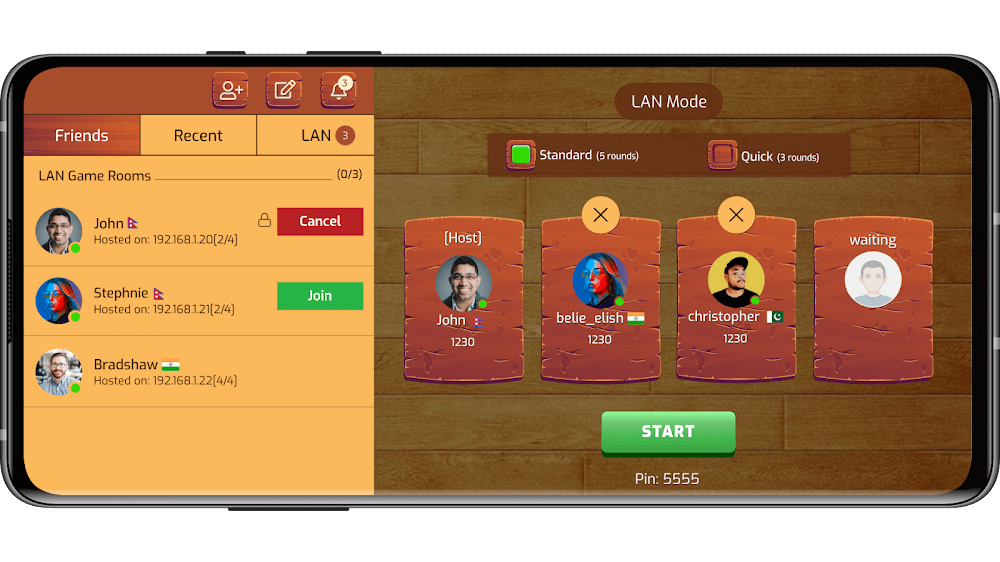 With a conventional 52-card deck, you can play Callbreak, a trick-taking game for four players. There are five rounds in a typical game. Before the first hand is dealt, the player’s seat is in a specific order, and the first dealer is chosen. Each player takes a card randomly from the deck, and the sequence of the cards determines who will be the first dealer and who will sit in which direction. Following this round, the dealers will spin counterclockwise. A dealer starts each round by dealing themselves 13 cards face down and then proceeds to deal one card face up to each player in an anti-clockwise fashion, starting with the player to the dealer’s right.

Everyone in the game, beginning with the player on the dealer’s right, places a bid on how many tricks they think they can win in the current hand. The highest-ranking card in Callbreak is a spade.
You must play a card of the same suit in each trick; if this is not feasible, you must play a trump card if you want to win; if this is also not possible, you may play any card you like. To increase one’s chances of winning a trick, a player should always try to play the highest card in their hand. The right of the dealer leads the first trick with any suit. Players go counterclockwise. During a trick, the highest spade wins; otherwise, the highest card of the same suit wins. Winners advance to the next trick. If a player takes exactly her bid amount of tricks, she wins. Each Over trick adds 0.1 points. The total score will be reduced if the suggested bid isn’t fulfilled. After four rounds, players add their scores to decide their fifth-round goal. The winner and runner-up are declared after the final round. 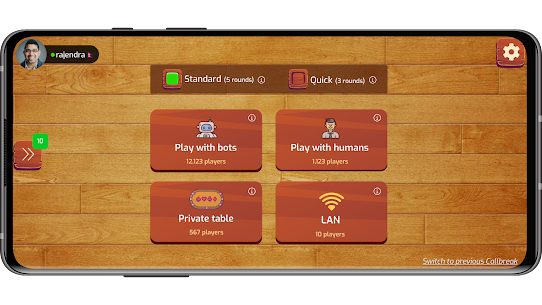 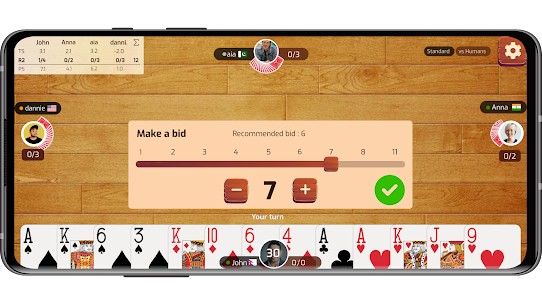 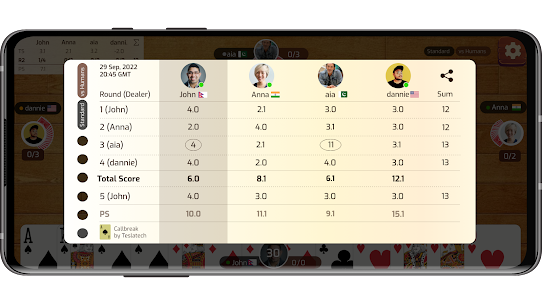 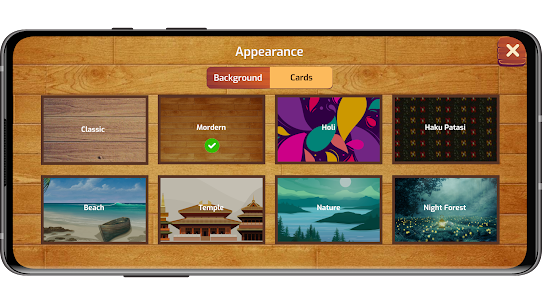 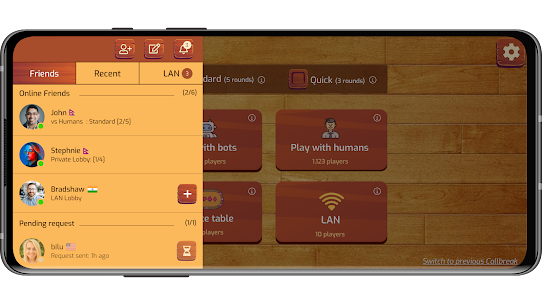 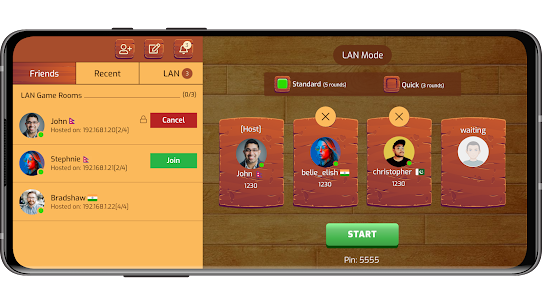 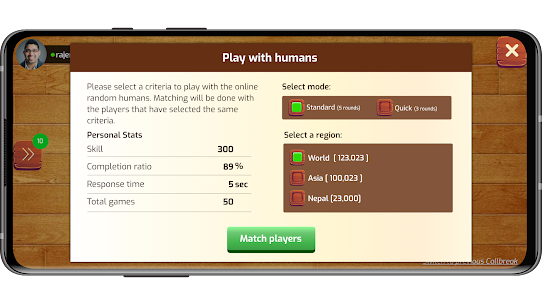 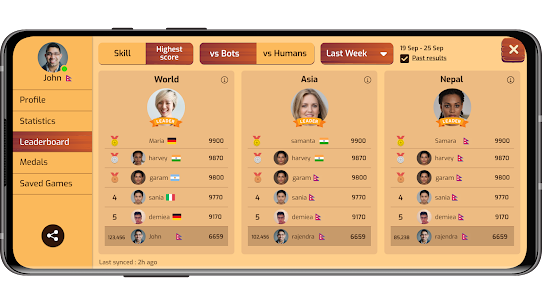